Are unmanned submarines key to reduction of shipping emissions?

In what comes as further demonstration of the innovative solutions being drawn up as a means to reduce carbon emissions and push towards Scotland’s Net Zero emissions goal, the world’s first “green submarine”, a self-driving hydrogen powered cargo delivery submarine has been earmarked for Irish Sea freight crossings.

Capable of submerging around 50 metres below the waves and avoiding the open sea elements, the unmanned subs are thought to be particularly useful in the delivery of goods in shallow coastal waters – where conventional freight ships cannot operate.  The fully automated subs (if ever commissioned) will also be powered by green hydrogen renewable energy, making them “net positive” according the Department for Transport (DfT).  In addition to this, it is envisioned that the subs will also play a part in cleansing the oceans of toxic pollution by collecting microplastics.

This could represent a viable alternative option for the shipping industry, which is estimated to produce around 3% of global emissions currently.  The firm behind the submarines, Oceanways, was among the winners in a UK government competition to tackle emissions from shipping, and has been awarded a grant as part of the £23m UK fund for environmental maritime projects.

A self-driving hydrogen-powered submarine is among the winners in a UK government competition to tackle emissions from shipping. 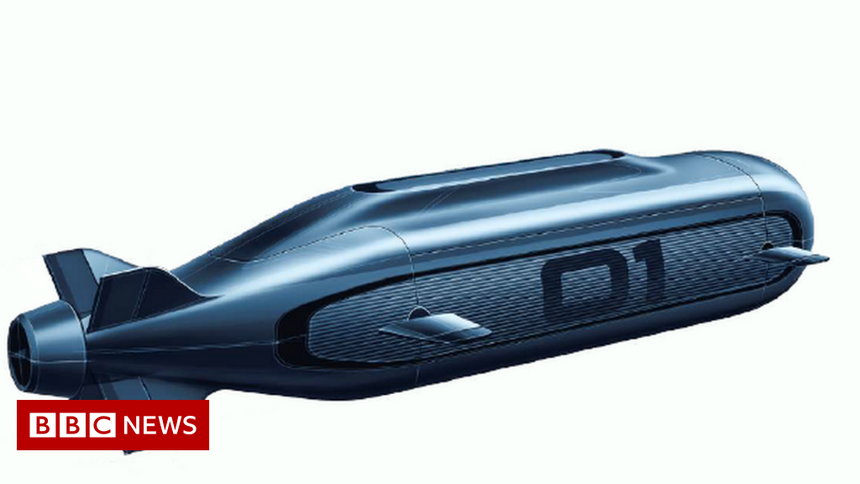