Is Amazon's physical store rollout a sign of things to come?

I was interested to note this week that Amazon has opened its first ever 4-star mini-department store outside of the US in Dartford’s Bluewater shopping centre.

The idea is that the store is stocked with a wide range of around 2000 top selling items from Amazon.co.uk - largely tech but also including homeware and kitchen products, toys, games and books - all of which have Amazon user ratings of four stars or above.

Amazon have introduced this concept to the UK pretty quietly, but they are rumoured to have secured around 30 sites across the UK already for this format, suggesting they are confident in the future of physical retail here. And of course, Amazon's state of the art distribution network will mean they are able to update their stock at super fast speed, ensuring that shoppers are right up to date with what's on offer in these stores.

And if the world's most successful online retailer is as confident in this idea as they seem to be, it will be interesting to see how many other online brands might follow suit. Fast fashion isn't Amazon's bag, sure, and the likes of Asos (for example) have previously said they have no interest in opening physical stores, but with the post-pandemic world starting to take shape, and slick distribution channels already in place, who's to say that they and others might not reconsider that view, and follow Amazon's lead?

Possibly just another part of the ongoing discussion around the evolution of our shopping centres and high streets, including what appropriate lease terms and structures might look like for this sort of occupier. So, a watching brief for now perhaps - but whereas not so long ago, it was widely debated whether traditional bricks and mortar retailers could survive and thrive online, maybe there are signs of a physical stores future for some of our established online giants.

Often referred to as a ‘mini-department store’, though a different format from its new widely rumoured department store format, the 4-star store will be split into sections including ‘Most Wished For’, ‘Trending in Bluewater’, and ‘Most Gifted’ 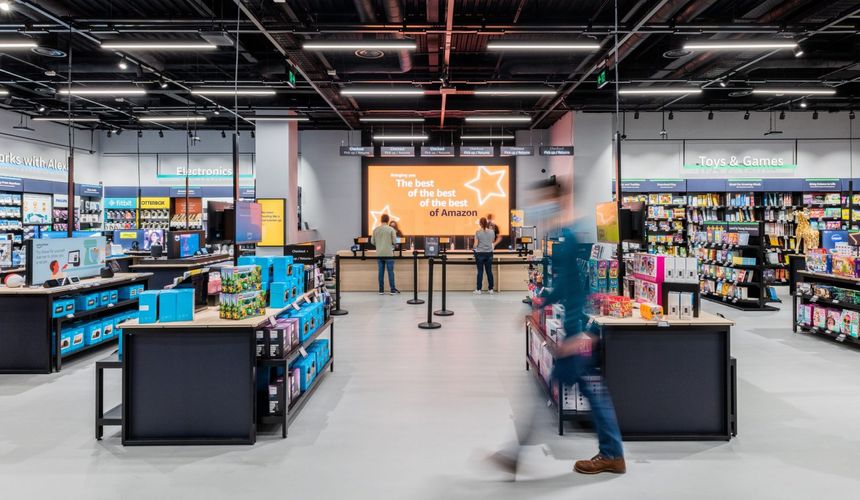