Earlier this month Sheriff John McCormick sitting in Glasgow Sheriff Court sentenced Mr Declan Clarke to prison for 11 months for fly-tipping on “an industrial scale”. Whilst it is to be hoped that this sentence sends a clear message to those tempted by fly-tipping, there is concern it will only continue to increase as the costs of disposing of waste legally steadily rise.  What can be done by Scottish landowners and farmers who regularly bear the burden of this disgusting practice?

Fly-tipping is defined as the ‘illegal deposit of any waste onto land that does not have a licence to accept it’. It is both a criminal act, in terms of Section 33 of the Environmental Protection Act 1990, and a civil wrong. Whilst stricter sentencing and larger fines for offenders are to be welcomed this may be of little solace to the landowners who bear the cost and responsibility of clearing the illegally-dumped waste from their land. In terms of section 34 of the Regulatory Reform (Scotland) Act 2014, an individual who is found guilty of depositing waste on land may be required to pay compensation of up to £50,000 to the person whose land or property the waste has been deposited, but this may be insufficient in many cases. For example, it was estimated that the cost to a private landowner in clearing his land and properly disposing of the rubbish following the actions of Mr Clarke was in the region of £120,000. As the economic pressures on Scotland’s rural economy increase, this is a truly unacceptable practice.

It is recognised that it is unfair that the victims of fly-tipping be the very people responsible for the cost of clearing and disposing of the waste. At present, a consultation is ongoing regarding a fly-tipping bill in Scotland. This has various aims but includes improving data collection and reporting mechanisms and changing legal liability so that victims of fly-tipping are not also legally responsible for removing the waste. Whilst this news is to be welcomed what should landowners do in the meantime or in the event that legislation does not follow this proposal?

There may be little that can be practically achieved when faced with a one-off incident from an unknown party but the outlook is brighter when faced with a systematic course of fly-tipping. On a practical basis, it is advisable to install a CCTV system, particularly at points where vehicle access from public land could be achieved. In these areas, it is also sensible to improve visibility so that offenders are not hidden from view. The purpose of this is to make it easier to identify and record those dumping waste illegally.

Once the perpetrator is identified (usually from tracing the registration of vehicles used in the operation) not only will this assist the police but it also opens the door to effective civil proceedings. Landowners will be able to seek an interdict, which is an order from a Scottish Court prohibiting a particular action (in this case fly-tipping), and also an award of damages in respect of the costs of removing and disposing of the waste. As fly-tipping becomes more organised the route of obtaining a court order for payment of damages also becomes more attractive. A single individual, dumping waste in a one-off incident may be unlikely to have the necessary assets from which to recover an award of damages but as this practice becomes more organised and profitable so too do the potential assets that can be recovered.

Landowners who have been the victim of fly-tipping should report this to the police and local authorities as swiftly as possible and take independent legal advice as to the prospects of any civil remedy available to them.

There is concern fly-tipping will only continue to increase as the costs of disposing of waste legally steadily rise. What can be done by Scottish landowners and farmers who regularly bear the burden of this practice? 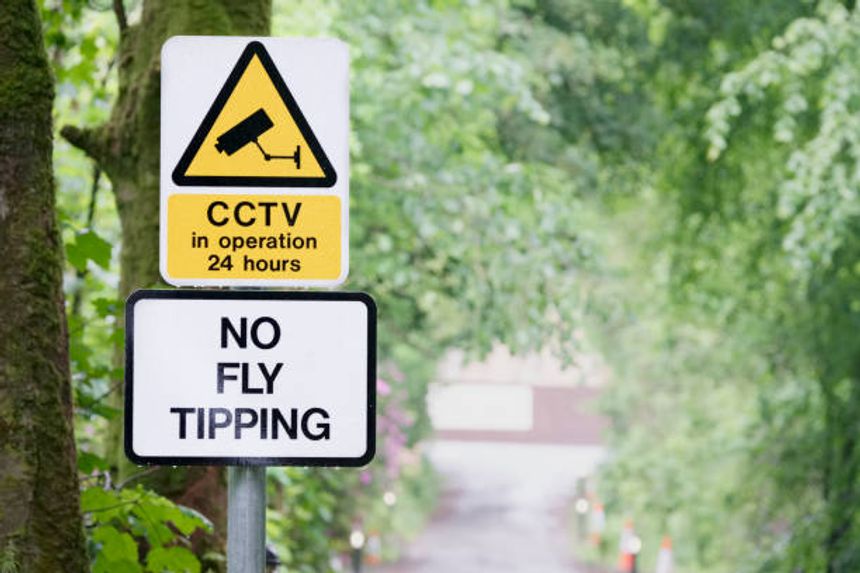